Microsoft released a new version of the WinDbg debugger tool for Windows, a very popular utility among developers and system administrators working in investigating crash reports, and debugging BSODs and other errors.

The new WinDbg tool is currently in development and only select users running Windows 10 Anniversary Update can install it from the Windows Store.

Microsoft hadn’t updated WinDbg in years, and yesterday’s release is a surprise for most users. The new WinDbg Preview version contains both new features and UI-related changes.

“One of the words people often use to describe WinDbg is ‘intimidating,'” says Andy Luhrs, a Program Manger at Microsoft working on WinDbg, KD, and other Windows debugging tools.

“When you first open [winDbg], you get a dull gray screen and very little indication of what to do next. Once you’re going outside of the stepping icons, it’s difficult to tell what toolbar button or menu is what you want,” Luhrs added. “With WinDbg Preview, we’ve taken a few steps to make it a bit easier for beginners.”

The new WinDbg features a completely revamped UI, which now uses the classic “Ribbon UI” as a way to display menus and buttons, making using WinDbg a simpler user experience, akin to using other ribbon-based apps such as  Office, Explorer, Outlook, and others. 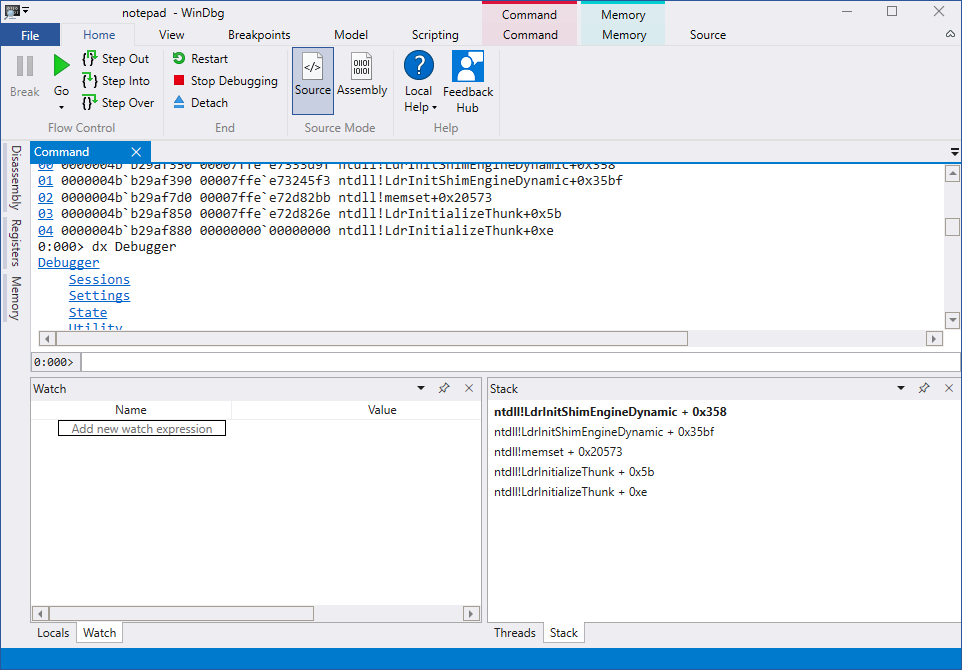 Besides the UI, here’s a list of the other new WinDbg features and improvements:

You can try and see if you’re eligible to install the new WinDbg Preview tool from this Window Store page. You can download and install the current WinDbg stable release from here.

Before installing the Preview version, just remember that you’re dealing with an in-dev tool. Unless you’re willing to deal with WinDbg bugs, it’s better if you wait until a stable version comes out.